Board of Director Bios

Bill has received recognition awards from the Natural Areas Association and the Society of Ecological Restoration.

[How to pronounce Kleiman.  “Kliman” with an i like in the element iodine”] 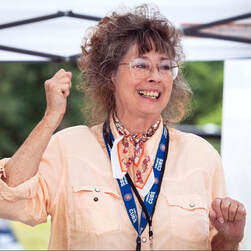 Deb Carey
Deb Carey, 68, grew up and resides on a 5th-generation family farm in rural Lee County, a stone’s throw from the 2,365-acre Green River State Wildlife Area (GRSWA). An outspoken advocate for natural areas, she served on the Advisory Board for Governor Jim Edgar; created the first Natural Area Guardian Committees for Illinois Soil & Water Conservation Districts, and continues today to manage the four natural area sites acquired and owned by Lee County SWCD. Carey strongly lobbied USFWS in Washington, D.C. for enlightened management practices at GRSWA and visited the White House in 1988 to receive an award for volunteerism. She worked for the Dixon, IL Park District for 30 years and was instrumental in the designation of Lowell Forest Illinois Nature Preserve. Currently she serves as President for the Illinois Audubon Society, Springfield, IL, and is a site steward for the 330-acre IAS Amboy Marsh Nature Preserve and the 430-acre IAS Gremel Wildlife Sanctuary. She credits life-long friend Bill Rogers as her impetus for preservation of natural areas. No one has more fun than she does!