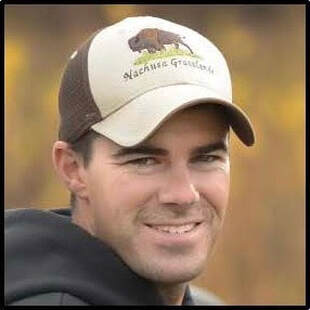 Cody Considine, Vice-President
Cody Considine has been with The Nature Conservancy’s Nachusa Grasslands since 2005 when he first started as a summer intern. He completed his master’s degree at Southern Illinois University Carbondale with his thesis on the fire history of TNC’s Kankakee Sands. Shortly thereafter he was hired on as the restoration ecologist for Nachusa in 2008 and was promoted in 2019 to the deputy director.

Cody was instrumental in leading the bison reintroduction effort and continues to lead Nachusa’s operations, including bison management. He also serves a leading role on TNC’s bison managers team. Cody is currently co-leading an effort to help build capacity within TNC to partner with Indigenous communities to support their restoration efforts across North America.

Cody is certified as RXB2 to lead prescribed fire. 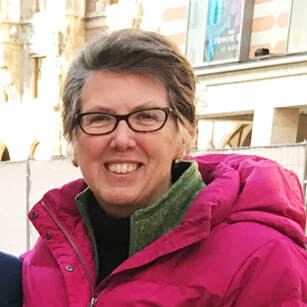 Kathy Lawrence, Treasurer
At 71 years of age, Kathy has had a variety of opportunities.  Growing up in Orland Park, a suburb of Chicago, she enjoyed spending virtually all of her free time, along with her parents and brother and sister, at their grandparent’s farm in Monee Illinois.  The farm was in the family since the early 1830’s and was sold in the mid 1990’s as part of a transportation hub near I 57 and I 80.   Her working career began in the computer department in an insurance administrative firm, followed by 17 years in a law firm as its manager.  After putting herself through college, she met and married Kent Lawrence. While attending DePaul University to earn her MBA, she volunteered as a tutor for a local school.  That turned into working at one of the first 5 charter schools in Illinois.  Initially she served as the school’s administrator, but eventually became a member of the board of directors and on its executive committee.  Perspectives Charter School has now grown to 5 campuses with over 1700 students.  In 2004 Kathy and Kent built, and now live in, an environmentally friendly home just outside of the City of Oregon, IL.  Shortly after the construction they created the Kickapoo Mud Creek Nature Conservancy which abuts the Stronghold Camp & Retreat Center.  Today she and Kent enjoy spending their time working at the Conservancy.  She currently serves as the Treasurer of the Middle Rock Conservation Partners.